Higher Risk for Sjögren’s Syndrome in Patients With Fibromyalgia

Medical professionals, and those with chronic illness, have noticed that many people with Fibromyalgia also get Sjögren’s Syndrome. A study is explained here that works out whether this is a reality. 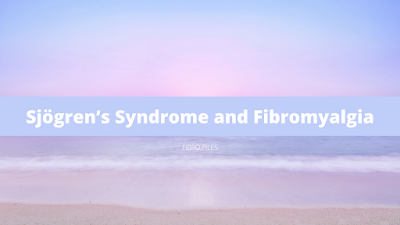 Fibromyalgia typically causes multifocal and migratory pain and may be accompanied by comorbid symptoms associated with the central nervous system, particularly fatigue and sleep disturbances

Sjögren’s syndrome is caused by inflammation of the exocrine glands.

The cause of Fibromyalgia is not known. There are suggestions that it may be autoimmune or a central nervous system disorder.

There are common symptoms shared by fibromyalgia and Sjögren’s syndrome which include fatigue, pain, dryness of the mouth and/or eyes, and insufficient salivary secretions in the mouth.

Having both Fibromyalgia and Sjögren’s syndrome can make the autoimmune disease more severe. There is a connection between fibromyalgia and many forms of inflammatory arthritis, including ankylosing spondylitis, (AS) axial spondyloarthritis (axSpA), and psoriatic arthritis (PsA), and rheumatoid arthritis (RA), as well as Sjögren’s. Having these with fibromyalgia appears to affect assessment of disease severity in these conditions, particularly patient-reported outcome measures, and may influence response to treatment. (The prevalence and impact of comorbid fibromyalgia in inflammatory arthritis. S Steven Zhao, S J Duffield, N J Goodson).

This study, Higher Risk for Sjögren’s Syndrome in Patients With Fibromyalgia: A Nationwide Population-Based Cohort Study, comes to the conclusion that people with fibromyalgia, have a higher risk for developing Sjögren’s syndrome. It concludes that doctors "should be aware of the bidirectional association between the two diseases", and its impact on both diagnosis and disease activity.

METHODS: The study was done on a large Taiwanese database. Of the 149,706 patients whose data were extracted from the Longitudinal Health Insurance Database (LHID) of the Taiwan National Health Insurance, 74,853 subjects had fibromyalgia and 74,853 control subjects were without fibromyalgia. To be coded as having fibromyalgia the patients had to have visited a hospital and be treated with fluoxetine, duloxetine, milnacipran, pregabalin, amitriptyline or tramadol after the diagnosis of fibromyalgia. For patients with Sjögren’s syndrome, all submitted information was assessed by a review committee in accordance with the criteria of the American-European Consensus Group. 74,853 fibromyalgia patients and 74,853 non-fibromyalgia control patients were included in this study. The proportions of male and female patients were the same in both cohorts.

Patients with chronic urticaria, osteoporosis, ankylosing spondylitis, depression, or sleep disorder had an increased risk for developing Sjögren’s syndrome compared to those without these comorbidities.

CONCLUSION: In conclusion, both males and females with fibromyalgia are at higher risk of developing Sjögren’s syndrome than the general population without fibromyalgia, especially adults aged 20-49 years. For clinicians managing patients with either fibromyalgia or Sjögren’s syndrome, the potential association between these two diseases should be considered.

Cohort - a group of people with a shared characteristic.

Comorbidities - diseases or medical conditions that are present in one person at the same time.

Cumulative incidence estimates the risk of someone developing a disease.

Migratory - Moving from one part to another.

Multifocal - arising from or occurring in more than one location.

The prevalence and impact of comorbid fibromyalgia in inflammatory arthritis. 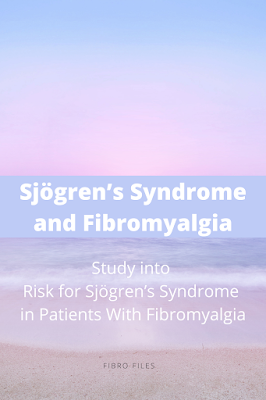