6 things that Lady Gaga has said about Fibromyalgia 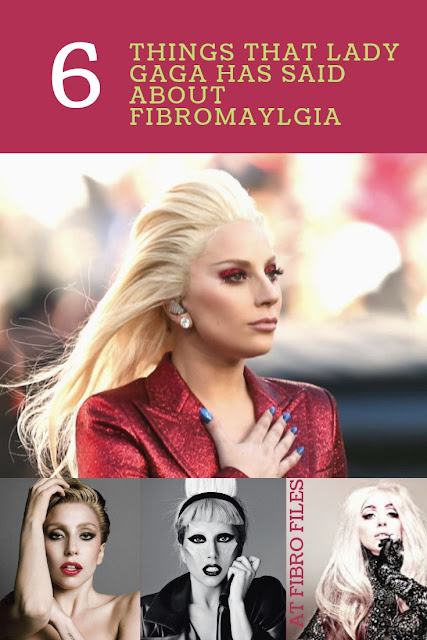 It's good that Lady Gaga was talking openly about fibromyalgia, don't you think? Here are some things that she has said about living with it...

Living with any chronic pain condition is not fun and to get support for it from people in the limelight is wonderful. I think this is especially true of Fibromyalgia which still has the stigma of not being taken seriously, by many people, even some in the medical profession. When people are in the process of getting a diagnosis we have to tell them to make sure they go to a professional who believes in Fibromyalgia. You don't have to say that about many other conditions!

So when Lady Gaga began talking about having Fibro it felt like the Fibro community around the world was being given validation.

As we would expect from Lady Gaga she was being outspoken about what it's like to live with this chronic pain condition.

In her 2017 documentary Gaga: Five Foot Two we see her in pain and having ice-packs, massages and medications but it is not explained. After the release of the film Lady Gaga tweeted to her fans: "In our documentary the #chronicillness #chronicpain I deal w/ is #Fibromyalgia I wish to help raise awareness & connect people who have it." 12th September 2017.

We hope that Lady Gaga will continue to speak out about Fibromyalgia to help the cause of Fibro. We wish that she would talk about her treatments to help the millions of people who live with it.
Posted by Good at 9:29 PM