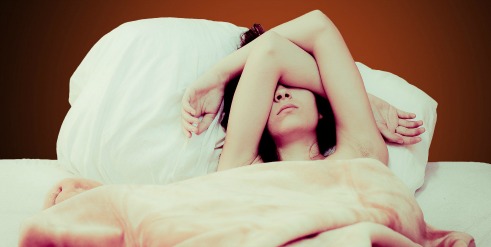 As a person living with fibromyalgia you may feel that you are feeling more pain and longer pain than usual. We call this a fibro flare. We may often blame our lack of sleep. We may often think that we could have a bad pain day because we had a bad night's sleep. But this study disagrees with that idea.
Patients coping with the complex pain disorder fibromyalgia often have difficulty sleeping, and a 2012 study published in The Journal of Pain reports that despite the negative quality of life implications, poor sleep is not a significant predictor of fibromyalgia pain intensity and duration.

The authors noted that the effects of impaired sleep, such as fatigue and inactivity, may play more significant roles in clinical pain than measures of sleep duration or insomnia.


Seventy-four adults with fibromyalgia were recruited for a University of Florida study and they were observed for 14 days. Subjects rated their clinical pain every evening and completed sleep diaries describing the previous night's sleep.
Results of the analysis showed that four sleep measures evaluated in the study failed to significantly predict clinical pain. The authors noted that the effects of impaired sleep, such as fatigue and inactivity, may play more significant roles in clinical pain than measures of sleep duration or insomnia.

So poor sleep indirectly affects our pain because we are usually more inactive and fatigued after having a bad night. It is actually the inactivity and the fatigue that makes us feel more pain.
What do you think of this report on sleep and Fibromyalgia?
Read full report at Science Daily.

You may also be interested in these other posts on sleep and Fibro: 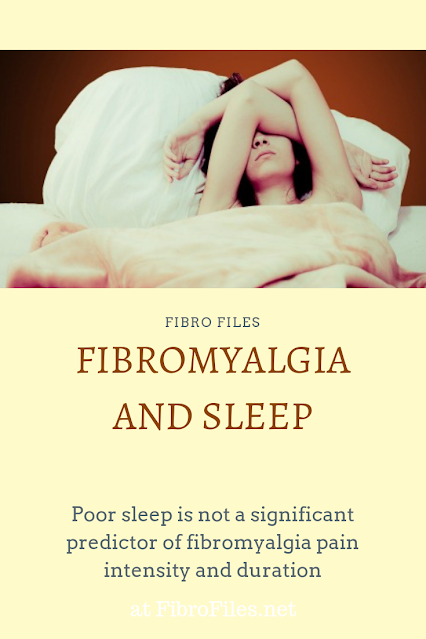 Email ThisBlogThis!Share to TwitterShare to FacebookShare to Pinterest
Labels: fibro, Fibro in the news, sleep, understand