We would be living in a cave in the Himalayas if we had not heard of the benefits of omega 3 and that the suggested best supply of it is fish oil tablets.


Well I beg to differ as I believe that using a whole food must be better - so why not try flaxseeds.
Flaxseeds are a wholefood that can easily be crushed and added to many foods such as bread, cakes and cereals and shakes. It is also a lot cheaper than fish oil tablets. Flaxseed is also known as Linseed.
I add it to porridge or yoghurt and try to buy breads that contain it. 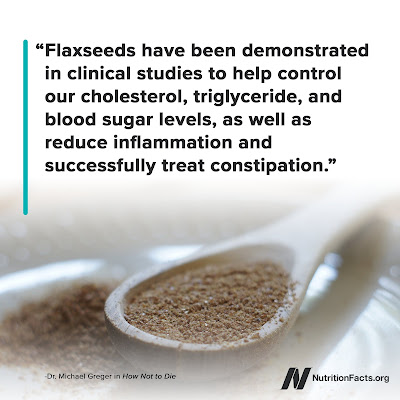 Extraordinary results were reported in a rare example of a double-blind, placebo-controlled, randomized trial of a dietary intervention using flaxseeds to combat high blood pressure, one of our leading killers. https://bit.ly/3k0WbbB

Please click here to read the rest of this article