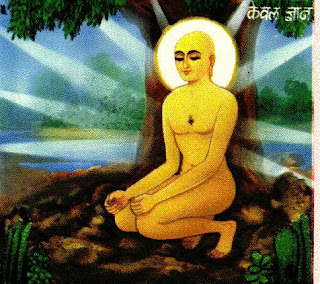 Oregon Health & Science University has confirmed that yoga is of benefit to fibro sufferers.

They studied 53 women diagnosed with fibromyalgia who were in two research groups. One group doing an eight week yoga program, the other only medication for fibromyalgia.

The research showed that yoga appears to assist in reducing symptoms of pain, fatigue, stiffness, poor sleep, depression, poor memory, anxiety and poor balance. This is a lot of improvements.

All improvements were shown statistically and had impact on daily functioning e.g.fatigue was reduced by 30 percent and depression by 42 percent.

This is definitely a great motivation to include yoga into our daily lives.

PHOTO : "mulabandhasana" posture from Jaina Publications
Posted by Good at 3:04 AM